It’s astonishing: in the right neighborhood, chili plants grow much better. While researching the reasons exciting things were discovered. Did you know that chili grows particularly well near basil? When you hear the reason, you will be amazed.

At first, it can be assumed that good neighboring plants do not compete with each other for nutrients. Then it would also be good if the mixed culture could protect each other from pests. An experiment has shown that plants send messages to each other. Not only with scents, but also surprisingly with tones.

Communication was researched in an Australian laboratory. A significantly higher germination and growth rate was found in the vicinity of basil. 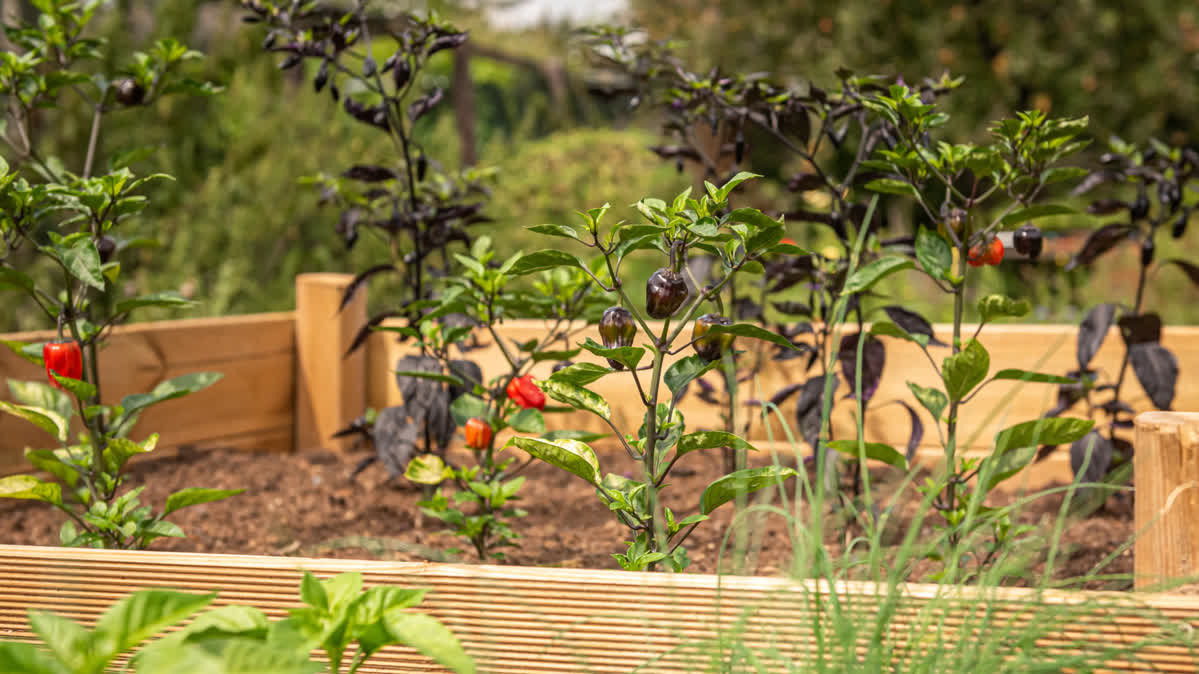 After researchers hermetically isolated the herbs from the chili plants with a foil, the positive impulses for their growth were retained. The scientists therefore suspect that the plants are connected by sounds or vibrations. Field tests with tones and plants have shown that maize roots are aligned with the sound source.

Chili plants are quite sociable. They get along with many plants that grow nearby. First and foremost tomatoes and aubergines, but also herbs such as basil, oregano and rosemary thrive in the same bed. While chili plants protect neighboring herbs from tubular fungi by their roots, the chili probably profits from their essential oils. They drive away some pests that could otherwise infest their leaves.

Good experiences have also been made with cucumbers, pumpkin and chard. With pumpkins and courgettes, consider the distance. They are very consuming plants. You can plant parsley well around chillies or in the same flower box. With enough distance there are also no problems with the Chili con Carne candidates: beans, onions, garlic and carrots.

Fennel is the worst neighbor imaginable for many nightshade plants such as aubergines, tomatoes and peppers. Why they do not get along is not yet fully understood. Perhaps it is due to the essential oils in the fennel.

Kohlrabi, peas, beans, beetroot and fruit trees are also bad neighbors. In almost all varieties, the chilli is less successful and develops rather moderately.

Most chili plants die because they are not watered properly. If this is done carefully, the root ball will not dry out. Read more

Magnificent chili plants with countless fiery red chillies. So that this does not remain a dream, pepper plants should be supplied at the right time with fertilizer.

Planting chili on the balcony

Chillies can be grown and cultivated wonderfully on the balcony. They look decorative and their exotic fruits can be used fresh in the kitchen. How to?